1. (SBU) Though not sanguine about the odds, PSDB heavyweight Andrea Matarazzo thinks Geraldo Alckmin still has a chance to defeat President Lula in the election this October, provided that all the pieces fall into place. But the Assistant Mayor of Sao Paulo´s downtown district thinks his party blundered badly by choosing Alckmin as its candidate over former Mayor Jose Serra. Alckmin and the people around him, in Matarazzo´s admittedly biased view (as a "serrista"), simply have no conception of how to run a national campaign. Though Alckmin´s call for a "management shock" may appeal to the business community, the voters in the northeast whom he must win over in order to defeat Lula have no idea what he´s talking about. More than likely, according to Matarazzo, Lula will win a second term but will have very little support in Congress. As a result, Brazil will remain "fragile." The opposition PSDB will not support Lula but will try to provide some sort of "balance" to keep the country from foundering completely. Why Alckmin, who fought with such intelligence, tenacity, and determination for the nomination, has so far run such a lackluster campaign remains a mystery. END SUMMARY.

2. (SBU) Consul General (CG) and Poloff paid a call June 14 on Andrea Matarazzo, a leader of the opposition Brazilian Social Democracy Party (PSDB), to discuss the current political situation and the upcoming elections. Scion of one of Brazil´s wealthiest families, Matarazzo served in Fernando Henrique Cardoso´s (FHC) administration as Minister of Social Communications and later as Ambassador to Italy. Now he wears two hats in the city government, as Assistant Mayor of Sao Paulo´s downtown district and Municipal Secretary in charge of coordination among the 31 assistant SIPDIS mayoralties ("subprefeituras"). In his suite on the 35th floor of a downtown office building with commanding views on all sides of Sao Paulo´s endless concrete jungle, Matarazzo was very much in his element; our meeting was interrupted while he held a lengthy telephone conversation with a leader of the gay community negotiating issues pertaining to the Gay-Lesbian-Bisexual-Transgender Pride parade to take place June 17 on Paulista Avenue in the heart of the business district.

3. (SBU) CG led off by indicating we had recently met with Joao Carlos de Souza Meirelles (ref A), coordinator of former Governor Geraldo Alckmin´s presidential campaign. Matarazzo laughed and said that instead of the party line purveyed by Meirelles, he would provide a "realistic" view of the campaign. The PSDB, he explained, had simply decided wrongly back in March (ref F) when it chose Alckmin. Jose Serra was a national politician who had served as a Senator, as a Federal Deputy, and twice as a Minister. He knew how the Congress worked, had his own base of support there, and had even introduced two Constitutional amendments. Serra had a well-defined government program and knew how to negotiate alliances and coalitions at the state level.

4. (SBU) Alckmin, on the other hand, had been City Councilman and later Mayor of the small rural town of Pindamonhangaba, had served a SAO PAULO 00000676 002 OF 004 term as Federal Deputy, and in 1994 was chosen to run for Sao Paulo Lieutenant Governor on the ticket with Mario Covas, "against Covas´s wishes," Matarazzo asserted. (NOTE: Inadvertently or otherwise, Matarazzo slights Alckmin´s resume; he in fact served one four-year term in the Sao Paulo state Legislative Assembly and two terms in the Chamber of Deputies; in both raceas for Federal Deputy he was among his party´s leading vote-getters. END NOTE.) Furthermore, all the major accomplishments of the twelve years of PSDB rule in the state – Covas died in 2001 and was succeeded by Alckmin, who was re-elected in his own right in 2002 – were to the credit of Covas and not to Alckmin, according to Matarazzo. By the time Alckmin became Governor, Covas had already put the state´s finances on a sound footing. Alckmin had pushed the "Rodoanel," the ring of highways around the metropolitan area, but had not completed it. His performance in the areas of health and education had not been overly impressive. As a Catholic conservative ("of course" Alckmin is a member of Opus Dei, despite his denials, Matarazzo opined, though he is not a leader of the group), Alckmin had charted a rightist direction in his governance, which helps explain why he enjoys the support of so large a segment of the business community. Many of the people around him, whom Matarazzo characterizes as the "baixo clero" or lower caste of the PSDB, may have some political ability – some, like Edson Aparecido (see ref E), are powers in the state Legislative Assembly – but have no idea what it takes to operate a campaign on the national level.

5. (SBU) Alckmin and his advisers, Matarazzo continued, see the world from a Sao Paulo perspective, but the candidate needs to compete for votes in the impoverished, rural northeast, where people don´t understand concepts like "management shock." Though Brazil´s economy may be stagnating, the lower classes of the northeast have done fairly well in recent years due to the growth in social spending, the large increase in the minimum wage, and the increased access to consumer credit (ref B). He cited figures showing dramatic growth in the purchase of household appliances in the northeast as one example of what Alckmin was up against. More to the point, Alckmin´s communications strategy has simply not worked so far.

6. (SBU) Alckmin still might beat Lula, Matarazzo said; anything can happen. There might be an economic downturn or some other event in August or September to alter the dynamic. He discounted speculation that the PSDB might be holding back some scandalous secret about Lula to spring late in the campaign. The Brazilian SIPDIS people, he opined, know Lula well by now, and a solid segment of them would vote for him no matter what might be revealed. Major media groups like "Globo" support Lula. Moreover, Matarazzo explained candidly, the PSDB is not strongly united behind Alckmin, despite public protestations to the contrary. Serra knows that if Alckmin wins, his own chances at age 64 of ever again aspiring to the Presidency are finished; Minas Gerais Governor Aecio Neves, who doesn´t want to wait too long, may have to search for another party as a vehicle for his aspirations if Alckmin wins; and, though certainly FHC supports Alckmin, he does so "without any enthusiasm." Backed up by polls coming out every week showing Lula´s lead at 20-25 percentage points and growing, predictions by major figures in his own party that Alckmin is going to lose are in danger of fast becoming self-fulfilling prophecies.

7. (SBU) Even if Lula wins, Matarazzo said, his Workers´ Party (PT) is going to take a hit because of the political corruption scandals. As a result, Lula will lack a strong base in Congress and have a difficult time governing. In this situation, the PSDB will not SAO PAULO 00000676 003 OF 004 support Lula – that would be too much to expect – but they may try to provide some sort of "balance" to help keep his government afloat for the good of the country.

8. (SBU) Matarazzo, who had planned to leave the city government to play a key role in Jose Serra´s presidential campaign, has no plans to join his gubernatorial campaign. In fact, he stayed on to ensure continuity in the municipal government under Serra´s successor, Gilberto Kassab. He told us he spends half of every day in the "no man´s land" he occupies as Assistant Mayor of the blighted, dangerous downtown district and the other half in the skyscraper where he received us. He still dreams of what might have been, reminding us that Serra has a national vision and, unlike Alckmin, is not a prisoner of macroeconomic orthodoxy.

9. (SBU) Ever since his March 31 resignation and announcement of his candidacy for Governor (ref D), Serra has been an invisible man. First he took some time off to have a hernia operation. Since then, with polls showing him likely to win in the first round no matter who his opponents are, he has kept a low profile to avoid rocking the boat. Matarazzo expects Serra, who is already popular in the city, to start running radio ads in the interior of the state in July. He doesn´t expect much trouble from the PT candidate, Senator Aloisio Mercadante, or from possible PMDB candidate Orestes Quercia (ref C); with the help of Serra´s strong coattails, the PSDB should elect a strong slate of Federal Deputies from Sao Paulo, he believes. This will give Serra, as Governor of Brazil´s largest state, considerable freedom of movement no matter who is elected President.

10. (SBU) Matarazzo essentially told us what has been widely rumored and whispered but what few wanted to say out loud: that a sizable portion of the PSDB has no enthusiasm for Alckmin´s candidacy, expects him to lose, and is disinclined to lift a finger to help him (PSDB Senate leader Arthur Virgilio Neto gave a prominent interview to national newsweekly Istoe headlined, "The Candidate Should Have Been Jose Serra"). There is a cultural divide within the party between the intellectual, internationalist types represented by FHC and Matarazzo, and the more provincial elements exemplified by Alckmin and the "baixo clero" around him. Matarazzo makes a decent argument as to why Serra might have been a better choice as the PSDB´s presidential candidate; what he fails to mention is that Serra was the front-runner for the nomination, but, when challenged by Alckmin (refs G-H), declined to fight for the nomination and opted instead, for reasons of his own, to run for the governorship that Alckmin vacated. Had the party had in place a democratic mechanism for addressing such disputes — Alckmin called for a primary, but Serra and his supporters said no — he might have taken Alckmin on and prevailed, and he might now be head-to-head with Lula.

11. (SBU) But Matarazzo´s analysis of the campaign leaves another key question unanswered. During the blitz he unleashed this past January in seeking the nomination, Alckmin showed himself to be not only highly intelligent and focused but also fiercely determined and tenacious. Why his performance in the campaign has been so uniformly, almost obsessively, lackluster is an abiding mystery. On June 11, he formally accepted the PSDB nomination at the party´s national convention in Belo Horizonte. He did so with a sixty-five minute speech characterized by one media report as "long and tiring," and in the process reportedly managed to drive half his audience away. "It had to be a dense speech, that´s all there is to it," said national campaign manager Sergio Guerra. "Otherwise SAO PAULO 00000676 004 OF 004 they´d say he had no content." Maybe so, but "no content" might have been an improvement; just ask Lula. END COMMENT. 12. (U) This cable was cleared/coordinated with Embassy Brasilia. MCMULLEN 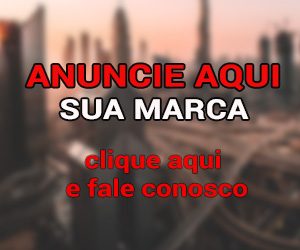